The Cave of Mounds is a National Natural Landmark in Wisconsin. It’s a natural limestone cave that was discovered by accident. The day we went on the tour it was raining cats and dogs outside. The only thing we had to shield ourselves from the weather was one little umbrella. To make things worse there was quite a walk from the parking lot to the location of the tour. We got there a little early (yes I was shocked too) so we decided to look around the two gift shops for a bit. Once our tour group was called we had to watch a small educational video and then we were led down into the caves. Keep in mind we went in the middle of the summer so it was very warm out, but the caves are a cool 50 degrees year round. Make sure to dress appropriately as we saw people there in shorts and t-shirts that froze their butts off.

We had a very small tour group so there were many opportunities to stop and take pictures which I liked. I would recommend wearing a hat if you don’t want your head to get wet, as small droplets of water were constantly coming down on us. The tour guide called the rain drops “cave kisses” and he said they were good luck. Well we definitely received a lot of good luck that day. The cave is fully lighted and is equipped with stairs. I do need to mention that there are some very narrow ares you have to squeeze through. For this reason the caves are not wheelchair accessible or stroller friendly. The tour lasted an hour and by the time the tour ended the weather had cleared up and we walked around the property and enjoyed the grounds. The scariest part of the tour was when the guide turned the lights off and we were in total darkness. It was cool to just listen to the water drops coming down, but it was terrifying at the same time. I was very happy when the lights came back on. The rock formations were so beautiful and it was amazing that they were millions of years old. Overall, I really enjoyed the tour and would highly recommend it to you guys. Thanks for reading. 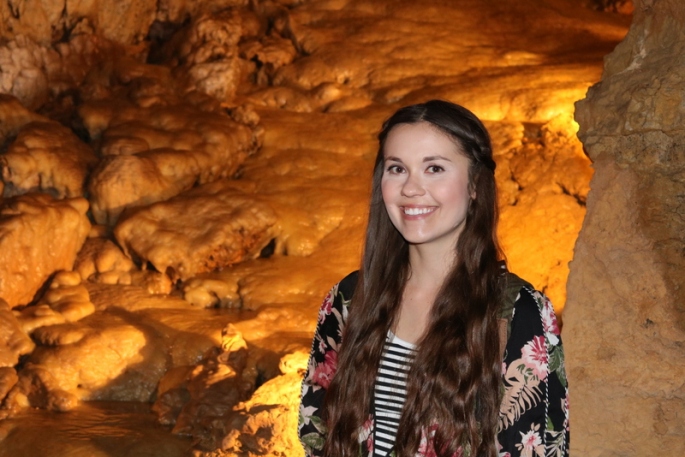 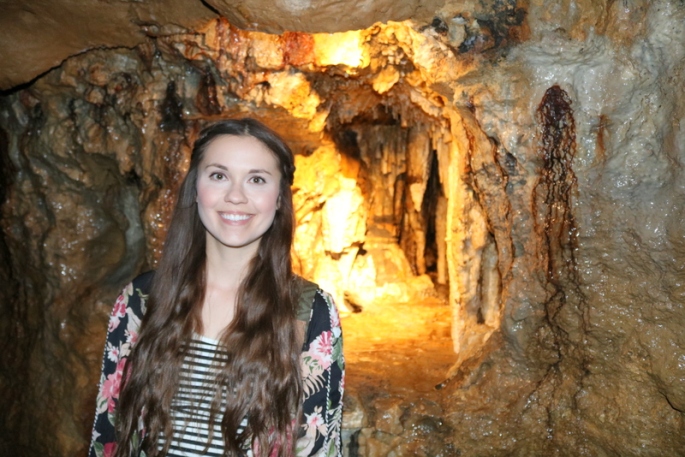 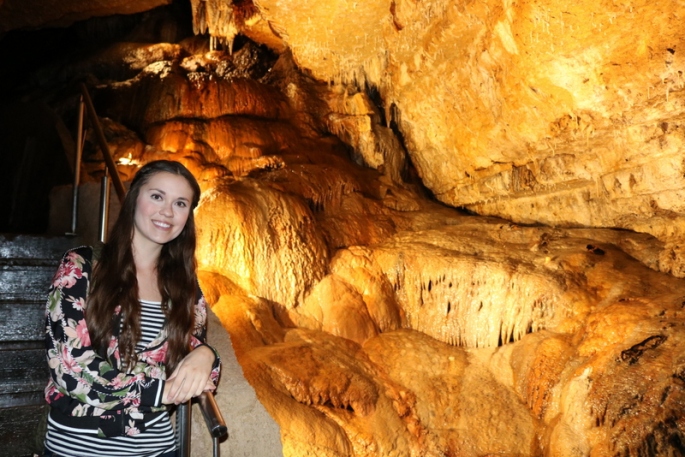 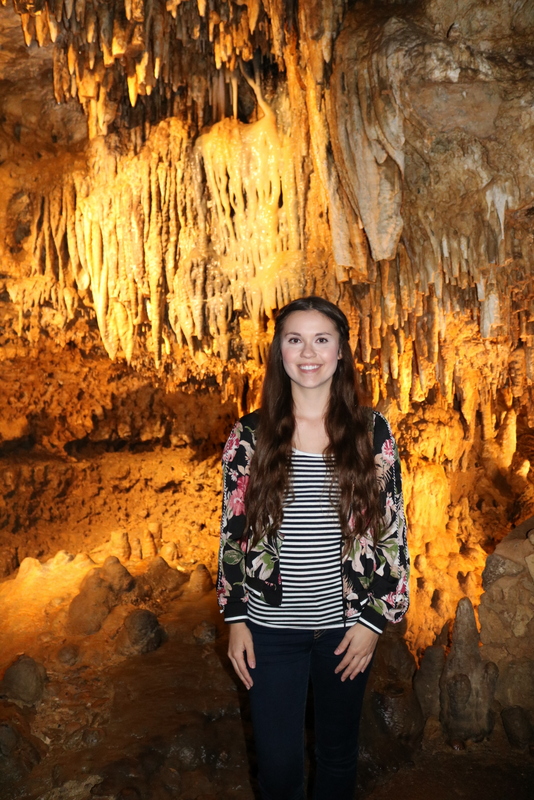